BDS Wales was pleased to welcome a great turnout of its members to this year’s AGM particularly as it was Remembrance Sunday. Returning to the same venue at Newbridge-on-Wye, members travelled from Carmarthen, Swansea, Bridgend, Wrexham and Bangor to attend. Chairman, Michelle Peters welcomed all the members and introduced new members of the BDS Wales Committee, Joanne Lambert (AC for Mid South Wales) and Neil Buffery (Rights of Way Officer). AC for N.E.Wales, Edwina Hart had been unable to stay for the AGM and new Publicity Officer, Angharad Morris was on holiday in Australia.

The Chairman’s report summarised the activities that had taken place nationally in Wales which included the BDS Wales Trec Championships, Young Drivers Camp and the In Harness sponsored Training Day aimed at Road Driving Assessment. All events received positive feedback from attendees and organisers with all three events achieving either a break even or small profit thus not touching the BDS Wales grant from Head Office. Michelle reported the re-election of herself as the Chairman, Morfydd Greatorex as the Vice Chairman and Amanda Say as the Treasurer by the BDS Wales Committee. She also reported that the feedback from Angela Sixsmith who marked the Young Drivers portfolios for this year’s BDS Wales Young Drivers Award was very encouraging and full of praise for the skills and abilities of those who participated. Winners of the portfolios were Yuris Kesans (Under 10), Sarah Baines (10-14) and Josiah Rowlands (15-17). Sarah and Josiah also won the Ian Townsend portfolio competitions nationally for their respective age groups. Jack Kedward won the John Snowden award and Melita Powell won the 10-14 National BDS Brian Sims award. Callum Anthony Jones won a National endeavour award which was presented to him at the Welsh AGM by Emily Ham (BDS Wales Young Driver Representative and Young Driver Commissioner) and Michelle Peters. Michelle congratulated all the Young Drivers on all their fantastic achievements.

The BDS Wales Show accounts were presented and a report read by Michelle, who is also the BDS Wales Show Director. The show also achieved a small profit as a result of good entries and excellent sponsorship. Michelle explained that BDS Wales were now funding its own website which was linked to the main BDS website. The BDS Wales website hosts all seven area websites in Wales, updating their events to the main BDS Wales events page every hour. This had been kindly set up free of charge by Chris Laing and training offered by Chris for nominated members of each area so that each area can update its own information. Sally Lloyd has stepped forward to update the information on the main BDS Wales website and in addition for any area that does not have its own editor. Michelle thanked both for their kind support to the BDS Wales Committee and the Wales membership in taking on these roles. Michelle thanked everyone who made the events happen, from the sponsors, organisers and volunteers on behalf of the BDS Wales Committee. Amanda Say presented the Treasurers report explaining the spending cuts such as cheaper meeting venues, bringing their own food and car sharing, made by the BDS Wales Committee were now taking effect. The accounts showed 20 months of transactions as BDS Wales is still in transition of moving from an April to a November AGM. Over all though the financial situation of BDS Wales is sound.

Three proposals were put forward to the membership with recommendations by the BDS Wales Committee and a full explanation of the recommendations. There was a full discussion by the members before each vote. One proposal was passed and this is for BDS Wales to actively engage with agricultural shows that have or have had carriage driving classes to try to deter demonstrations at these shows and regain active full classes. BDS Wales will therefore be sending out a letter to all agricultural shows in Wales offering help and advice with regard to setting up carriage driving classes and/or improving those that already exist.

The buffet and raffle were kindly organised by Morfydd and Mick Greatorex. Michelle also talked about next year’s activities in which the BDS Wales Committee intend to include another training day from the leftover In Harness sponsorship, training in risk assessment and safeguarding for the BDS Wales officials and event organisers and special events all over Wales to celebrate the Diamond Jubilee of the BDS.

The date for next year’s AGM will be November 19th at the same venue. Michelle concluded by thanking everyone on the BDS Wales Committee for their hard work over the year, both in their individual roles and also as a team. 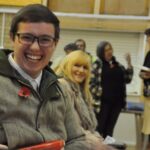 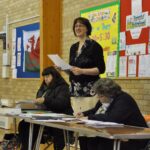 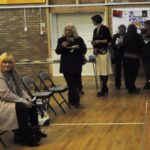 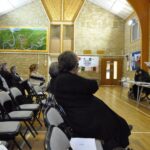 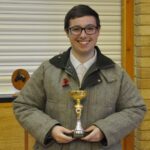 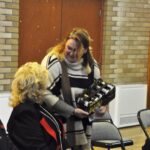 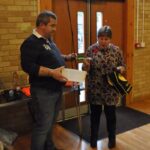 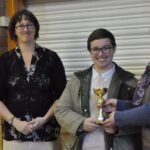